Perhaps one of the best-known Indian destinations, Goa is an Indian seafood cuisine hub. It’s also much, much more. A stretch of sunny coast on the west coast of India with beautiful beaches, a blend of Indian and Portuguese culture, susegad and a healthy dose of spirituality. Here you can start the day with guided yoga followed by beach time and stunning seafood, and finish it off with a rave.

Seafood is one of the original sources of protein for humans, and as such it is enjoyed the world over, wherever people have access to the sea. India’s enormous coastline gives its people access to the Arabian Sea, the Bay of Bengal and of course the Indian Ocean, and coastal people in India have been cooking delicious seafood for millennia. It’s tasty, healthy (lean meat full of nutrients) and a traditional part of coastal Indian culture.

1. Goa Fish Malabari A classic Goan specialty named after the Malabar region where Goa is found. Because of its trading cities, this region is known for its historic mix of international religions and cultures. In this dish, gurnard fish is cooked in a creamy sauce with ginger, garlic, vinegar and capsicum.

2. Goa Prawns Prawns are a staple of Goan cuisine. In fact, Indian prawns (also known as banana prawns and white prawns) are one of the most eaten types of shrimp in the world. These tasty prawns are cooked with coconut, capsicum, tomato, cream and an assortment of spices.

3. Fish Madras While madras curries originate in the city now known as Chennai on the east coast, they have become popular throughout India (and the world) and a good fish madras is a common sight in the beachside restaurants of Goa. Ours is a hot and spicy curry with gurnard cooked in a luscious lamb gravy with freshly ground herbs and spices, onion, garlic and ginger.

4. Kadai Prawns A ‘kadai’ is actually a type of cooking pot. You’ve probably used something similar yourself – a deep, domed pot, kind of like a massive wok but with a curved handle on two sides. The prawns cooked in vegetable gravy with crushed onions, garlic, ginger and cream with fresh coriander.

5. Prawn Saagwala Saag or saagwala is a curry made with green leafy vegetables, known to be healthy and tasty. This dish features prawns cooked in a spinach gravy with herbs and spices, fresh tomatoes and cream. 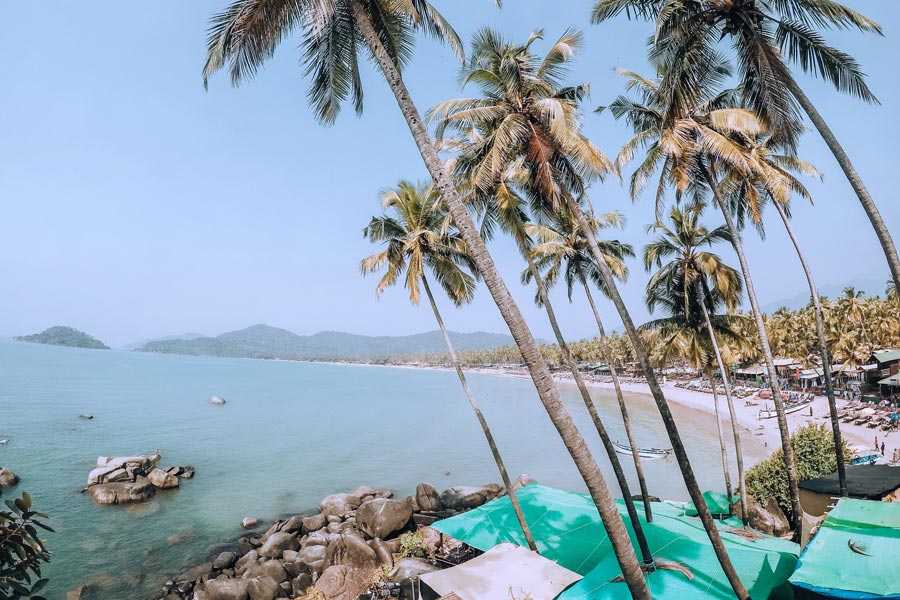