It’s summertime and we’ve got falooda!

What is this mysterious icy dessert? It’s a heavenly traditional Indian treat, kind of like a cross between a milkshake and an ice cream sundae. Come try one at Coriander’s Sumner.

Falooda is very popular in the heat of Mumbai, and versions of the dessert can be found all across the Middle East and Asia. It has the intense, refreshing flavour of rose water and is made with kulfi, a traditional Indian ice cream (ours is pistachio flavoured). But the secret ingredient? Noodles.

That’s right, the defining feature of a falooda dessert is thin noodles, kind of like vermicelli. It might sound weird, but they’re the perfect addition. The noodles absorb the milkiness, and the flavour of the rose water, and they go down a treat, adding a bit of texture to your milkshake-sundae. It’s kind of like those pearls you get in bubble tea.

Where does falooda come from?

Falooda was probably invented in the part of Persia that is now Iran, originally a frozen dessert made with noodles, rose water, lime juice and pistachios. Merchants brought it to India somewhere around the 16th to 18th Century. As it spread around the subcontinent, different areas developed their own versions of the dessert using local ingredients such as mango, coconut, basil seeds and jelly.

Today, falooda is an important part of the cultures of the Punjab, Pakistan, Bangladesh and Sri Lanka. You’re also very likely to find versions of the dessert in the United Arab Emirates, South Africa, Myanmar, Malaysia, Singapore, Thailand, Iraq and Mauritius.

It’s a bit like ice cream. But usually more dense and creamy than the Western version. It can come in many flavours based on fruits, spices and nuts. Pistachio kulfi is a common and delicious dessert in India.

Kulfi, unlike ice cream, is stirred rather than whipped. This makes it more dense than ice cream, and also means it takes longer to melt – a big advantage in the heat of India (or a Christchurch summer).

So come on down to Coriander’s Sumner and give it a try. You won’t regret it! 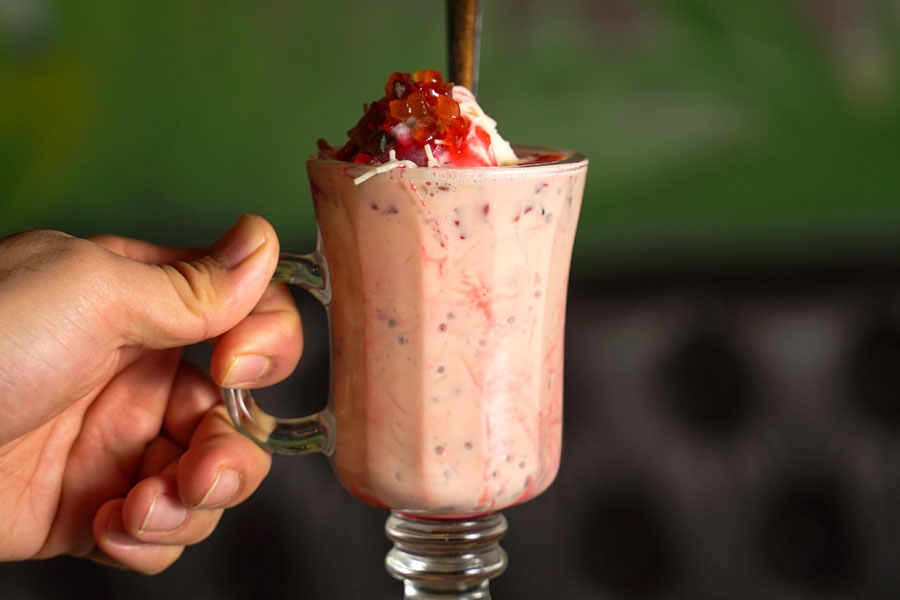