Keeping things hot with a tandoor

You may have seen the word “tandoori” on the Coriander’s menu. That means the food is cooked in a tandoor – a traditional Indian clay oven that reaches up to 480 degrees.

The unique texture and flavour of tandoori food comes from the clay surface and the charcoal used to heat it. The chef can slap a naan bread or popadom on the side of the tandoor, where it sticks until it is cooked. We also cook meats, vegetables and kebabs on skewers in the tandoor, where they get a delicious smoky flavour.

Tandoori cooking is traditional in Punjabi cuisine, from North India. It became popular outside of the Punjab after the 1947 partition of India and Pakistan, when people from the area resettled into Delhi, Bombay and further afield, taking their cooking techniques with them.

Many countries have their own variations of the tandoor oven, including Afghanistan, Armenia and Azerbaijan. These ovens have been mentioned in texts that are nearly 4000 years old.

And of course there’s always the king of the Coriander’s tandoor: Tandoori Chicken. This whole or half chicken is marinated in traditional masala with fresh herbs, spices and yoghurt, then cooked in the tandoor. This classic dish originated in the Punjab and followed the popularity of the tandoor around the world to New Zealand.

We also cook the marinated chicken for some of our curries in the tandoor before preparing it in the pan with gravy. A seasonal vegetarian tandoori treat is the Baigan Bharta – tandoor-roasted eggplant cooked with garlic and ginger and seasoned with herbs and spices.

And the tandoor even serves something up for dessert. Try our special Chocolate Naan, stuffed with chocolate flakes and baked in the tandoor. 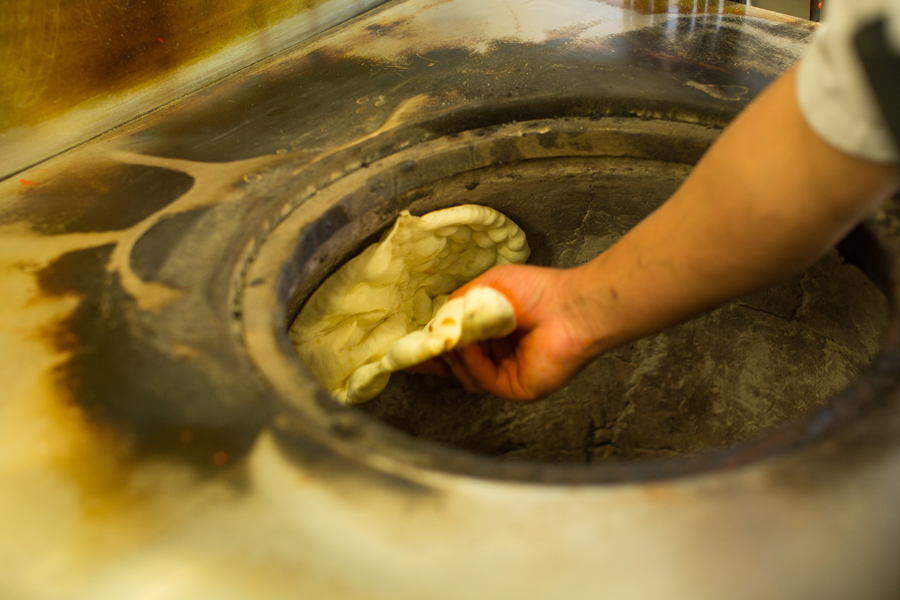