Uttam is the top chef at Coriander’s St Asaph Street. He has been designing and cooking delicious and creative dishes for the last 24 years. Having grown up in the beautiful valley of Uttarakhand in the Indian Himalayas, Uttam’s passion for hospitality brought him to the Punjab capital of Chandigarh, where he did his culinary training.

He worked as an intern in a restaurant where he found his mentor, Chef Madan Chopra who helped him take his career to new heights. Uttam was promoted to the position of curry chef in Hotel Le- Hotel in 1997.

In 2003, Uttam moved to Germany to explore opportunities as a head chef at the Indian Gate Restaurant. He moved to Christchurch in 2015 and joined Coriander’s as a head chef and took his passion for creating and preparing mouth-watering meals to new heights.

Uttam’s favourite Coriander’s dish is Chicken Madras and he likes to travel in his spare time. Feel Free to say hi to Uttam next time you spot him at Coriander’s St Asaph Street.

If you’d like to learn to cook with Head Chef Uttam Singh, get in touch about a Coriander’s Masterclass, on for a limited time in May and June this year. Book now! 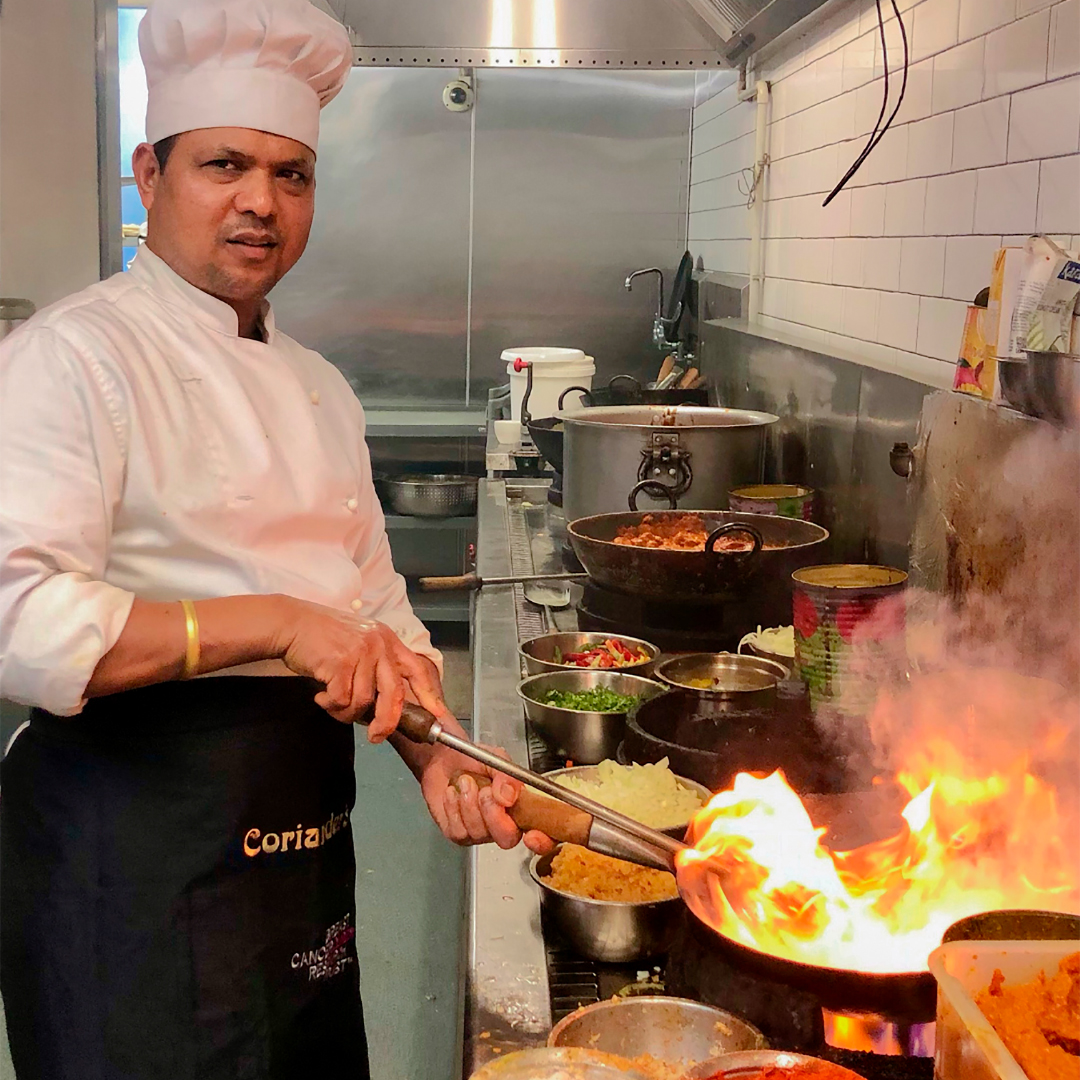