There are three main food regions in India: North India, South India and North East India. Each of these regions has many sub-regions. It is important when selecting an Indian restaurant that you choose one that specialises in the type of food you want to eat. You can find butter chicken everywhere, but the best ones always come from authentic North Indian restaurants.

While there is no official designation of North India, the area is generally considered to include Punjab, the Himalayas, Kashmir, Rajasthan, Uttar Pradesh and more, with New Delhi as its urban hub. Many dishes from these regions share similarities with cuisine from Pakistani, Nepalese and Persian cultures.

Punjabi cuisine is particularly influential in North Indian cooking. Punjab is the region that popularised the tandoor – the traditional clay oven we use to give delicious smoky flavour to our naan breads and tikka. Punjabi cuisine is known for its rich, buttery flavours and a great mix of vegetarian and meat meals. Basmati rice, now popular around the world, originally comes from Punjab and the surrounding area. Famous dishes from this region include biryani, palak paneer, saag and samosas.

In general, North Indian cuisine revolves heavily around breads and curries. To get their distinctive flavours, North Indian chefs use a lot of garam masala and other aromatic spices, ghee (clarified butter) and dried fenugreek leaves. Meanwhile in South India, the cuisine is more focused on grains, legumes, rice and stews.

The chefs at Coriander’s restaurants are all North Indian cuisine specialists, trained in places like New Delhi, Kathmandu, and Punjab. We offer authentic dishes guaranteed to be packed with flavour. If you want to experience the best of genuine North Indian cuisine, ask the Coriander’s team for a menu recommendation next time you visit us. 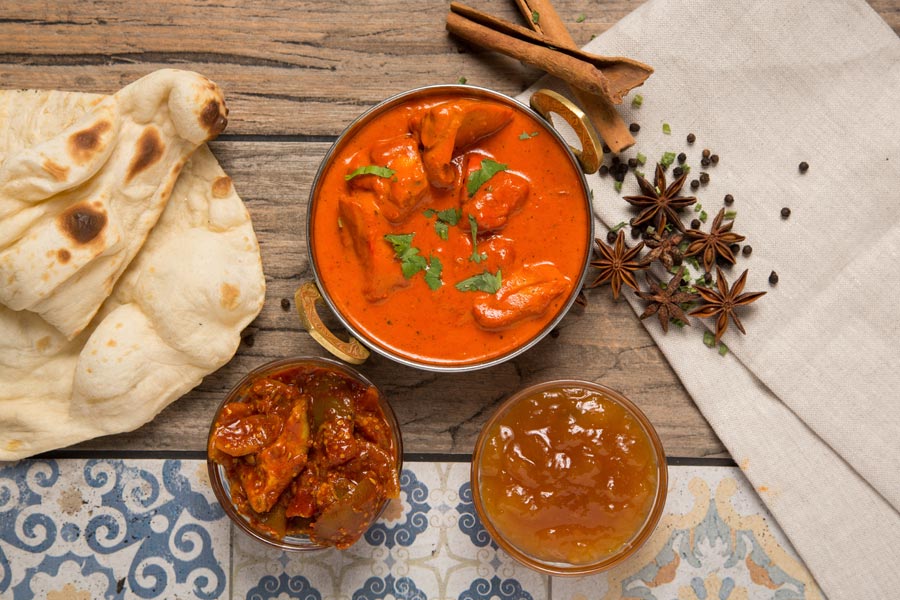